What If? Think About It!

What if a construction worker from Mississippi came forward, and started telling people that they have all read the scripture wrong, and that all of what was said about Jesus, the Kingdom, and Judgment has already came true.  What if we have already been judged and the modern day church is the result of that judgment.  Then, he claims to be God himself, not Jesus, but God the brother.  Say his name is Michael the brother of God, and since he is equal to God, he is God, but yet not Jesus, the Spirit, nor the Father, but the Brother.  He is a new manifestation of God.  Now, we can all become brothers to God the Father and Jesus the Son.  People started following him.  Then, on YouTube you start seeing him perform real miracles.  You see him cure people from downs syndrome.  You watch as he takes somebody with downs and the persons face changes and his height changes and he literally becomes a whole new person.  And then you see somebody with cerebral palsy straighten out their limbs, get up and start walking.  What if you saw him stop a tornado in the Midwest.   Somebody was videotaping him and there is a tornado outside the car, he gets out, walks in front of the car, holds his hands up shouts something and the tornado in the back ground just stops and the whole storm dies.  What would you do?  What would you think?  What if everything he showed you in scripture jived, it was just s little different than what you thought things meant?  This is the equivalent of what happened in Jesus time.  The concept of being a literal child of God, being equal to each other in Christ was all new.  It was just so wild of a concept that it was just hard to swallow. That  is why Jesus gives respect to those who never even saw the miracles and still believe.  That is why he sent his spirit to fight for us, because it is so crazy that we would believe what these other people are saying.  I mean what if twenty people on You Tube saw these storm videos, but they were taken off by other Christens in order to not let people see them and put faith in Michael.    Michael, the Brother of God, brought to us to lead us back to Christ.  It would be hard to swallow.  So we must not judge the people of the time who couldn’t bring themselves to believe.  Like Jesus says, “Father forgive them for they know not what they do.”
Posted by Paul Allan Frederick at 5/29/2011 02:43:00 AM 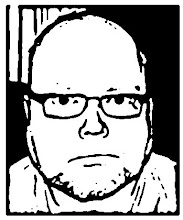